Kazuo Ohno, was a Japanese dancer and one of the pioneers of Butoh (“dance of utter darkness), the influential Japanese dance-theater form. With its playful and grotesque imagery, taboo topics, characters with whitened faces, its slow movements and physical distortions, Butoh was a reaction in part to the horrors World War II.

Ohno’s solo performances were irresistibly powerful. A humanist, he communicated the themes of the form through recognisable characters, most often flamboyantly female. 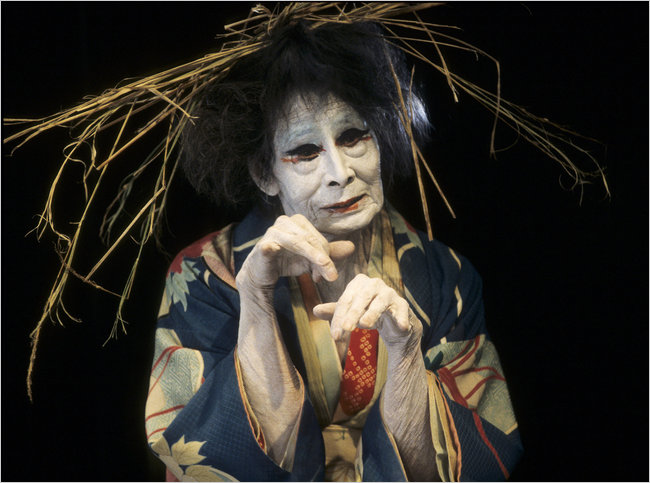